Contaminated Water Treatment by the Millions of Gallons

The goals of the massive reclamation project were successfully completed.

In the steel belt of Western Pennsylvania and Ohio, the industry is in flux. Many once active steel manufacturing complexes have since moved or closed entirely. In the wake of such transition, large mills have been abandoned. The owners of one of these manufacturing complexes decided to begin a project to reclaim the land and make it useful again. The large initiative commenced with the assistance of consultants to advise on the reclamation. Millions of gallons of contaminated water needed treatment and large buildings were torn down and materials recycled. Debris and jettisoned equipment were removed.

E-Tank was involved in the massive reclamation project by providing a custom-designed system for filtering contaminated water from large drainage ponds so that it could be treated and released into the sanitary sewer. The contaminated ponds, which contained a large amount of oil, spanned approximately five acres and were 80 feet deep. Overall, tens of millions of gallons of contaminated water were removed and treated. Two 18,000 gallon weir tanks were brought to the site and placed adjacent to one another. Water containing the oil was pumped by a trash mud pump into one weir tank. The contaminated water then flowed through a six-bag filter that separated the oil from the water. The second weir tank contained the treated water until it could be discharged. Using a flow meter, the discharge water was regulated daily to stay within compliance as the water was released into the sewer system. The system used hose, pipe, and fittings that totaled 1,600 feet in length. After the oil ponds were emptied, they were filled in with slag.

Additionally, E-Tank and E-Pump provided a solution in one of the large buildings where contaminated water was identified in the basement. Upon testing it was found to contain low pH levels. The liquid was neutralized and pumped into a 21,000 gallon frac tank, where it could be treated further and subsequently removed.

With the buildings removed, equipment and debris recycled, and the land treated and cleared, the property is ready for a renaissance of its own. The goal of the massive reclamation project was successfully completed: to create a property that was commercially viable once again.

Equipment Featured in this Project 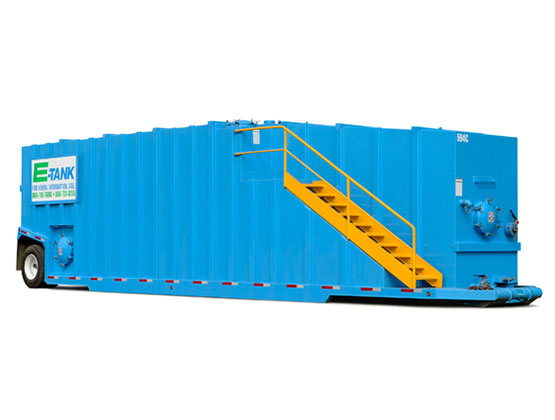 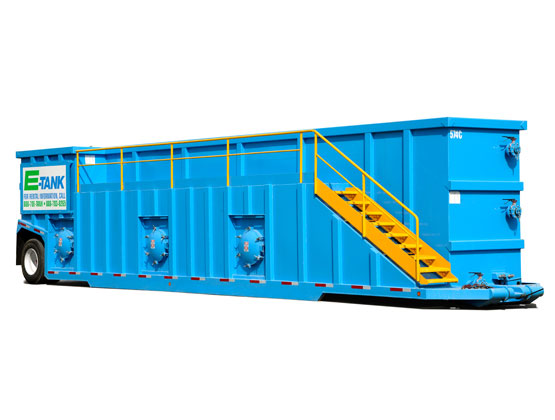 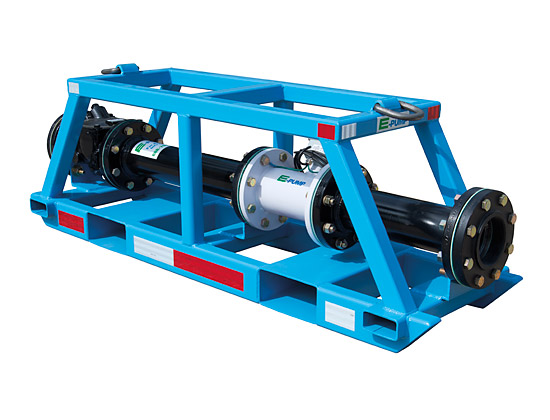